219 out of 100,000. The number would not stop running through my head as I began my 17-hour journey to Patna, Bihar from New York City. The statistics were staggering. As I travelled from one of the largest metropolitan cities in the world to one of the poorest, resource-limited states in India, I found myself overwhelmed by the task ahead: to help teach and empower 61 nurse midwives working in rural Bihar with the goal of reducing one of the highest maternal mortality rates in the world.

As I walked out of the airport in Patna, my senses were flooded with nostalgia. The sights, the sounds, the smells: so distinctly Indian. This was my first time back to India in 26 years. But instead of the fond memories of visiting my family in New Delhi, riding in rickshaws with my cousins, and playing cricket in the neighborhood “gali” (alleyway), I was immediately struck by the pollution, litter, and poverty that surrounded me. Although I spoke the language, and looked the part, I felt very much like a foreigner as I arrived in Bihar.

The current state in Bihar is so dire that physician retention is problematic. Most who can afford to leave the state are doing so, leaving a staggeringly low number of physicians per capita in Bihar. Despite government incentives, there are simply not enough physicians to care for the population. In rural villages most women are not delivering at district hospitals, but rather at home or in small clinics, being cared for by dedicated nurse midwives, many of whom have years of experience, but others, young girls straight out of nursing school.

Basic necessities we take for granted, like oxygen, access to a blood bank, sterile surgical equipment, emergency medications, or anesthesia are simply not an option for most women. The most powerful tools midwives working in these settings are armed with are their own knowledge and experience; knowledge that enables them to recognize common obstetric and neonatal emergencies, and the experience that allows them to react quickly. 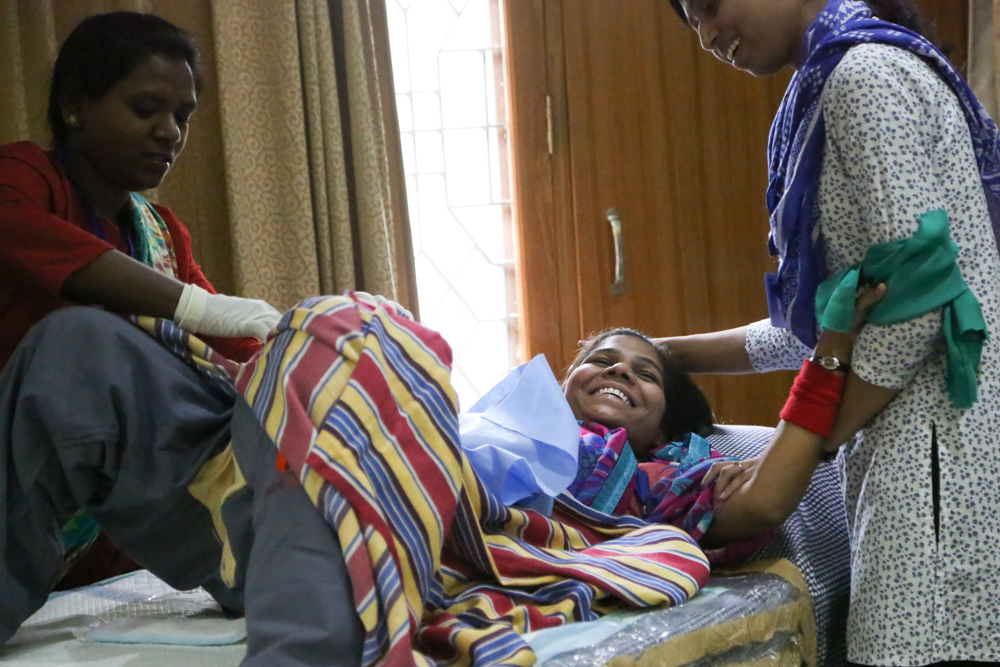 Nurse Mentors learn how to facilitate simulation by participating in simulation! Photo by: Jessica Dyer

Over the seven days I worked with and trained the midwives in Patna, I repeatedly found myself in awe of these women. Most of these women, to my surprise, were not from Bihar. Most were coming from other states in India because they all realized the gravity of the situation and tremendous need for improved access to healthcare. 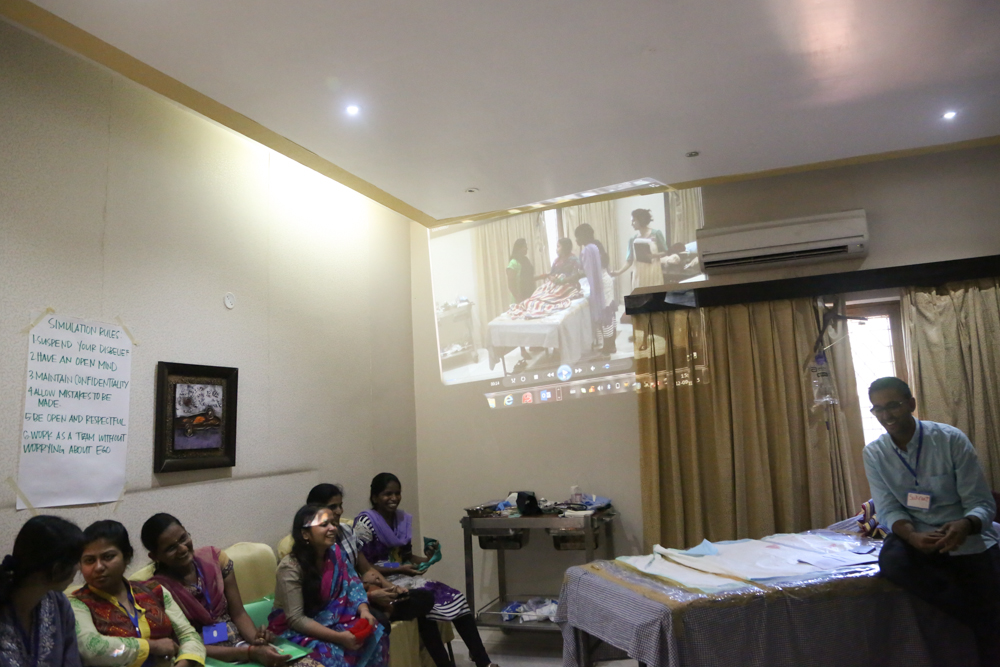 Dr. Mehta using a video recording of a simulation just done by the Nurse Mentors to help facilitate the debrief. -Photo by: Jessica Dyer

I am still haunted by the stories some of the midwives shared with me. The young mother of two who presented to clinic in labor. She had received no prenatal care. She delivered a macrosomic baby and then developed profound postpartum hemorrhage. With no blood or uterotonic agents available, the midwife was left with nothing to do but hold pressure and watch the woman bleed to death.

Or the preeclamptic woman who went undiagnosed until she developed eclampsia and seized while in labor. With no provider available trained to perform an emergency cesarean section, both the mother and baby died. The midwife who recounted this story to me is still haunted by the husband’s inconsolable sobbing.

It was the same story over and over again: easily preventable deaths; husbands who have just lost their spouse; children who will now grow up without a mother; parents grieving the loss of a newborn.

I remain in awe of all of the amazing individuals I had the opportunity to work with on my trip. The 61 dedicated nurse midwives who are committed to improving the lives of mothers and newborns in Bihar, and all of the people at PRONTO International who have worked so tirelessly to make this project a reality.

I have no doubt that as the nurse midwives continue to propagate the knowledge they have gained through simulation training at district hospitals and remote clinics across Bihar, that a lasting impact will be made.

I am excited to return to Patna this January to help continue to chip away at that haunting number. 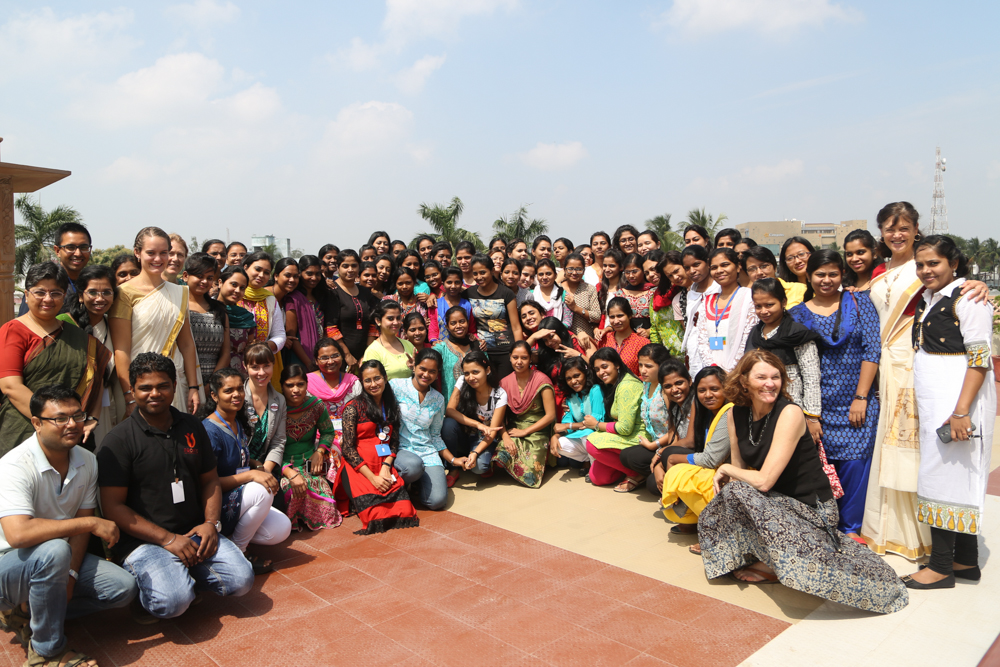 About Sukrant: Sukrant Mehta is a PRONTO Trainer and trained in Bihar in September. Dr. Mehta is a Fellow in Minimally Invasive Gynecologic Surgery in the Department of OBGYN and Women’s Health at the Albert Einstein College of Medicine. 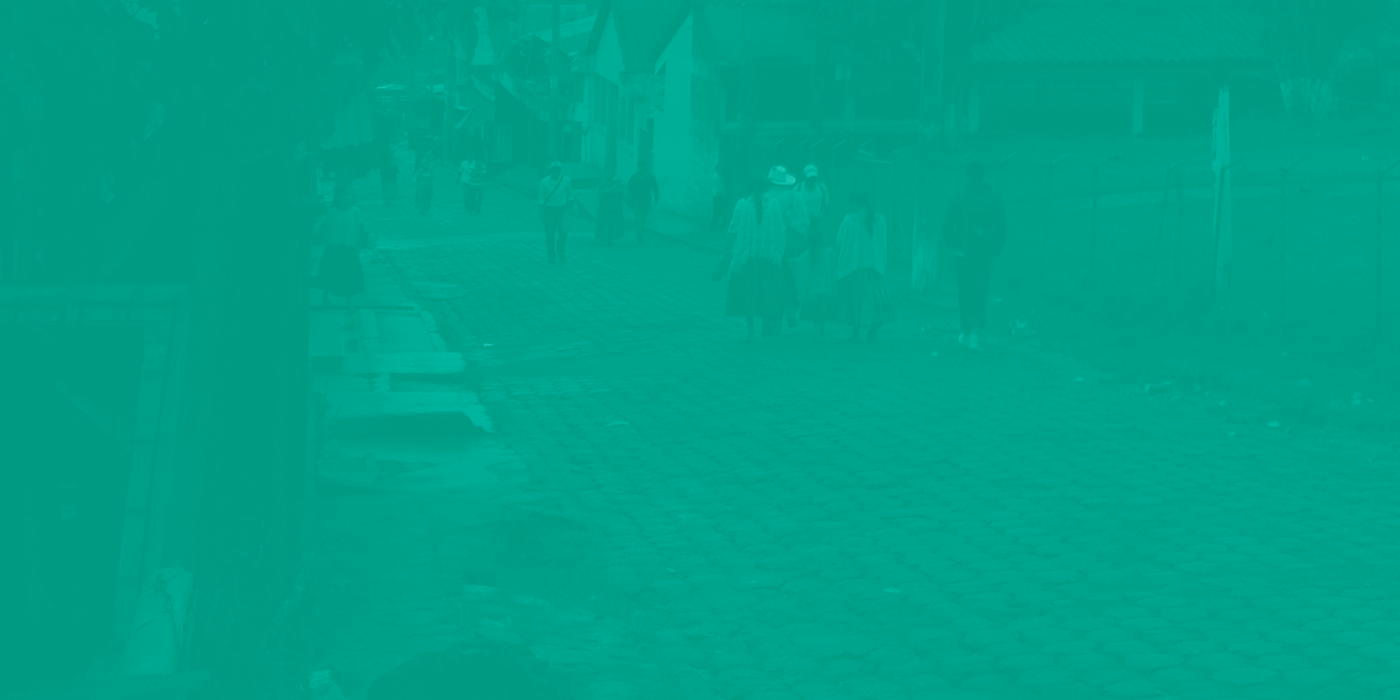